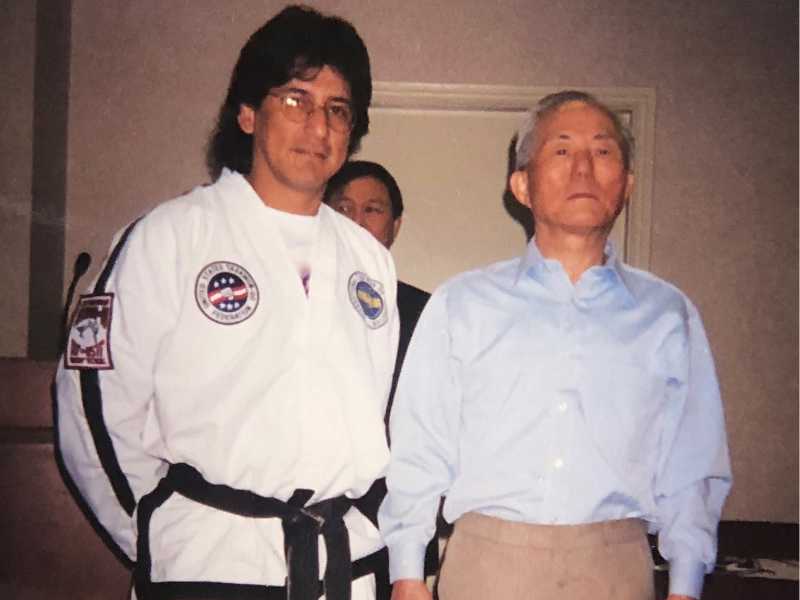 Every anecdote with General Choi represents a part of our history. But the memories that had the greatest impact on me are those from Vienna in January 2002.   At this time the General was holding a seminar for VI Dan and above and it was on this occasion that he left me with two moments to remember all my life.

First, when the General asked for a volunteer to perform Chon-Ji, I raised my hand.  He gave the command to perform each movement, but at a certain moment he stopped counting and began to speak while I was in the position of a walking stance middle front punch.  While he was talking, someone asked a question and the debate continued for what seemed like forever while I tried to maintain the position he had told me.  I still remember the feeling of my arm shaking and to this day I have never held a basic position for this long.

It was during the same seminar, on the second day, there was scheduled a congress. We were all gathered when General Choi entered.  After the bow he said to the group: “I have won many battles in my life.  But the most important battle of my life I have lost.  As a father, I forgive my son for what he has done.  But I know that you, as Taekwon-Do practitioners, will never forgive him.” At that moment, a tear escaped down the face of General Choi and we felt the hair on our skin stand on end as we realized how deeply his son had affected him by creating a new organization.

I am honored to have a number of other memories of General Choi that I continue to hold dear to my heart.  In Broomfield, Colorado in 1999 I was preparing for my VI Dan promotion.  On the first day of the seminar, General Choi called for a volunteer to perform Won-Hyo.   I do not know what happened to me but for some reason, I went out to do it and I think I performed one of the worst patterns of my life. This performance was a thorn in my side for the rest of the weekend.  On the last day we were at the school of GM Sereff and as usual the General asked for a volunteer, this time to perform Se-Jong.  Immediately, I jumped at the opportunity, executing each movement of the pattern at his command. I realized that he was not correcting anything and then, halfway through the pattern he stopped, offered a curious look and asked, “Are you the same guy who performed Won-Hyo the other day?”  I said that I was.  Asking me who my instructor was, I told him GM Sereff.  He commented on the striking difference from my demonstration of Won-Hyo and to me this was the best redemption.  I will never forget his words to me.

One of the saddest moments for me was on April 15, 2002 at another seminar in Broomfield, Colorado organized by the USTF. General Choi was old and already very sick, yet he travelled from Korea (accompanied, if I remember correctly, by GM Park Joon Soo) just to give this last seminar.  It was a very special memory for me because GM Sereff had called upon Mr. Affatigato and myself to take care of security for the General.  I had to go pick him up, take him to the seminar site, and bring him to his room in order to avoid being bothered while in his poor health.

His health had already deteriorated, and I will never forget how stunned I felt to see him in a wheelchair for the first time.  I remember, despite his delicate health, he took the time to explain some movements of the pattern Juche—something that did not fail to leave the participants breathless.  At the end I was presented a parchment signed by General Choi outlining the Definition of the 24 Patterns—for me, the best gift of all my life. 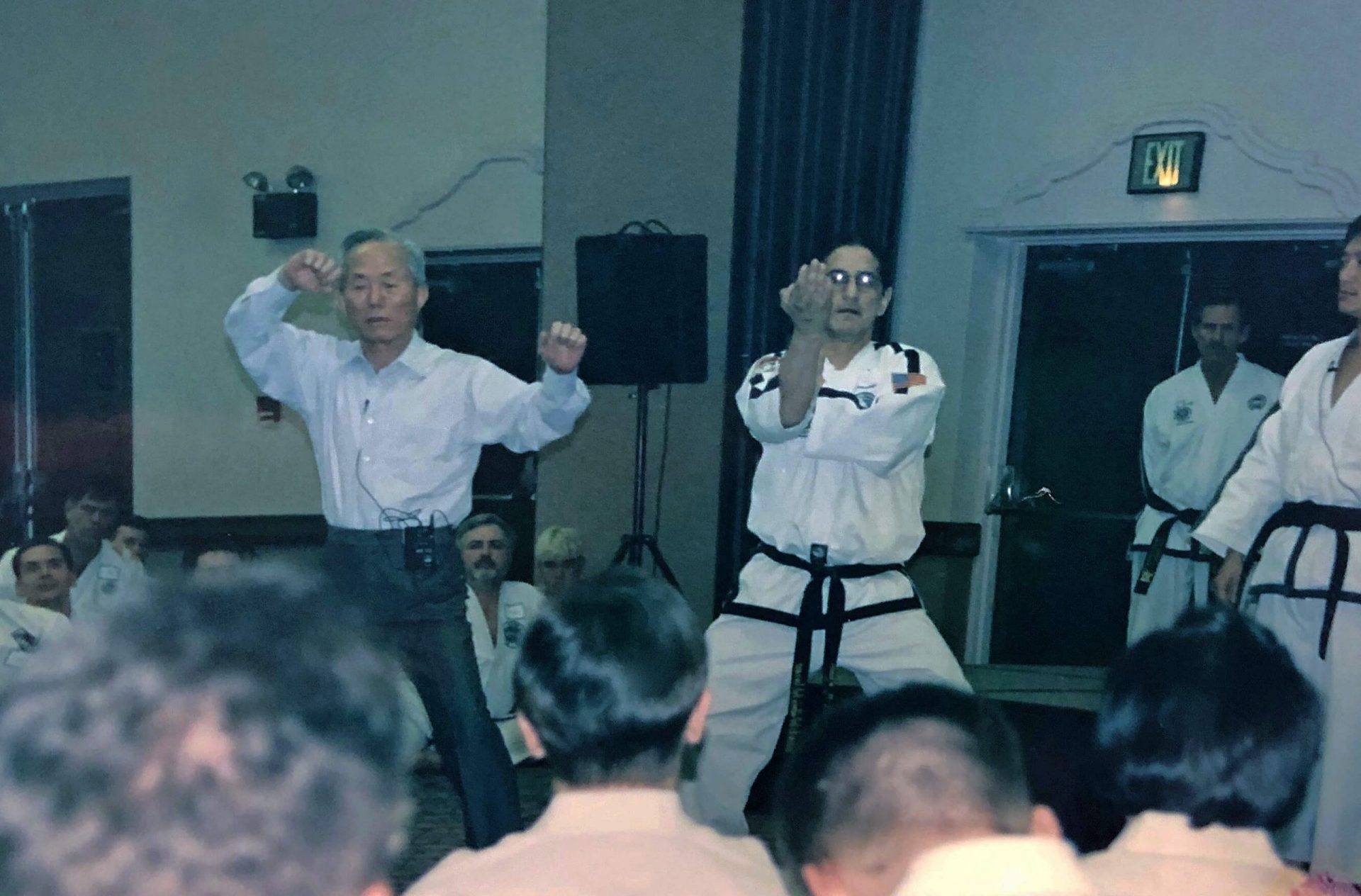 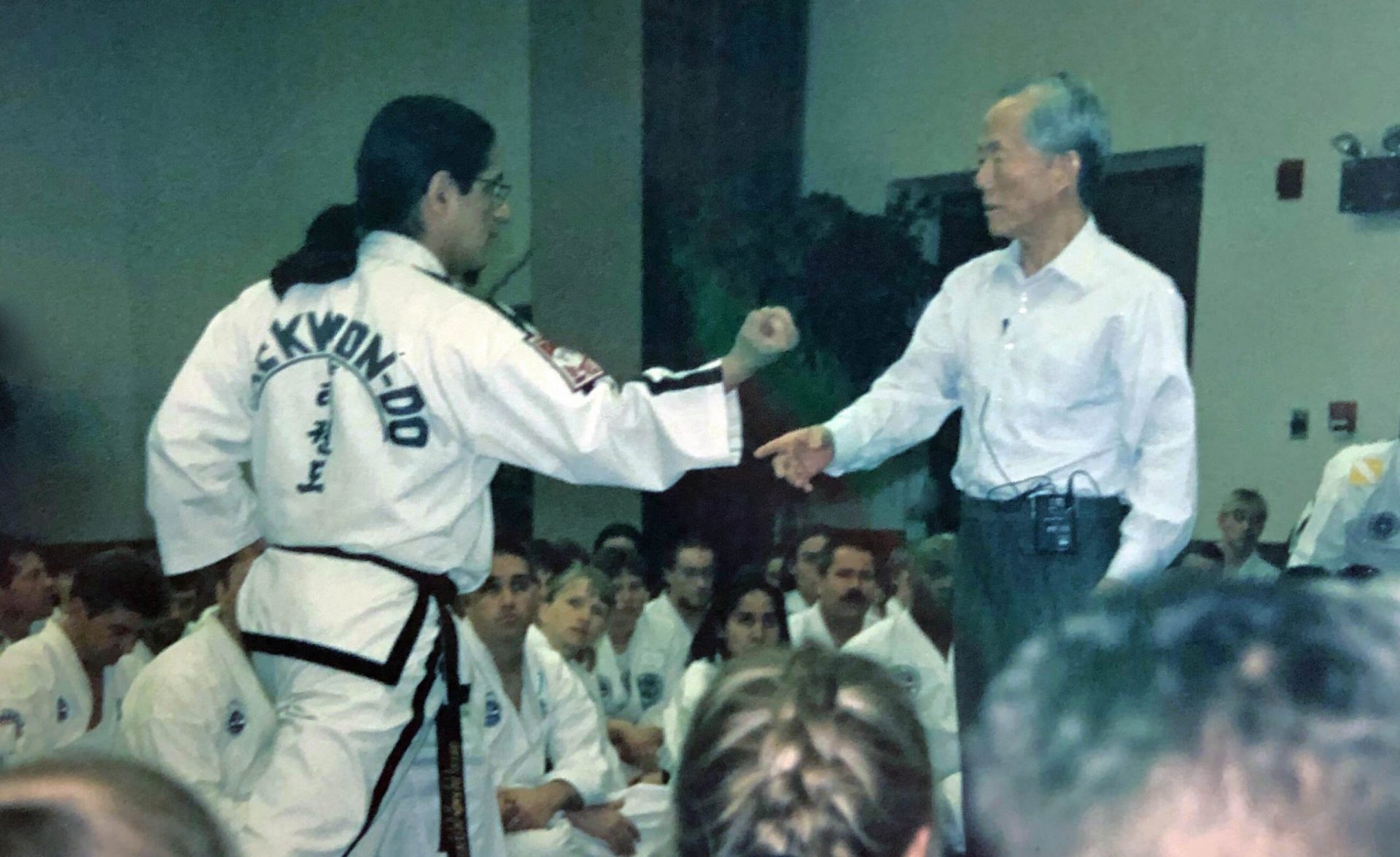 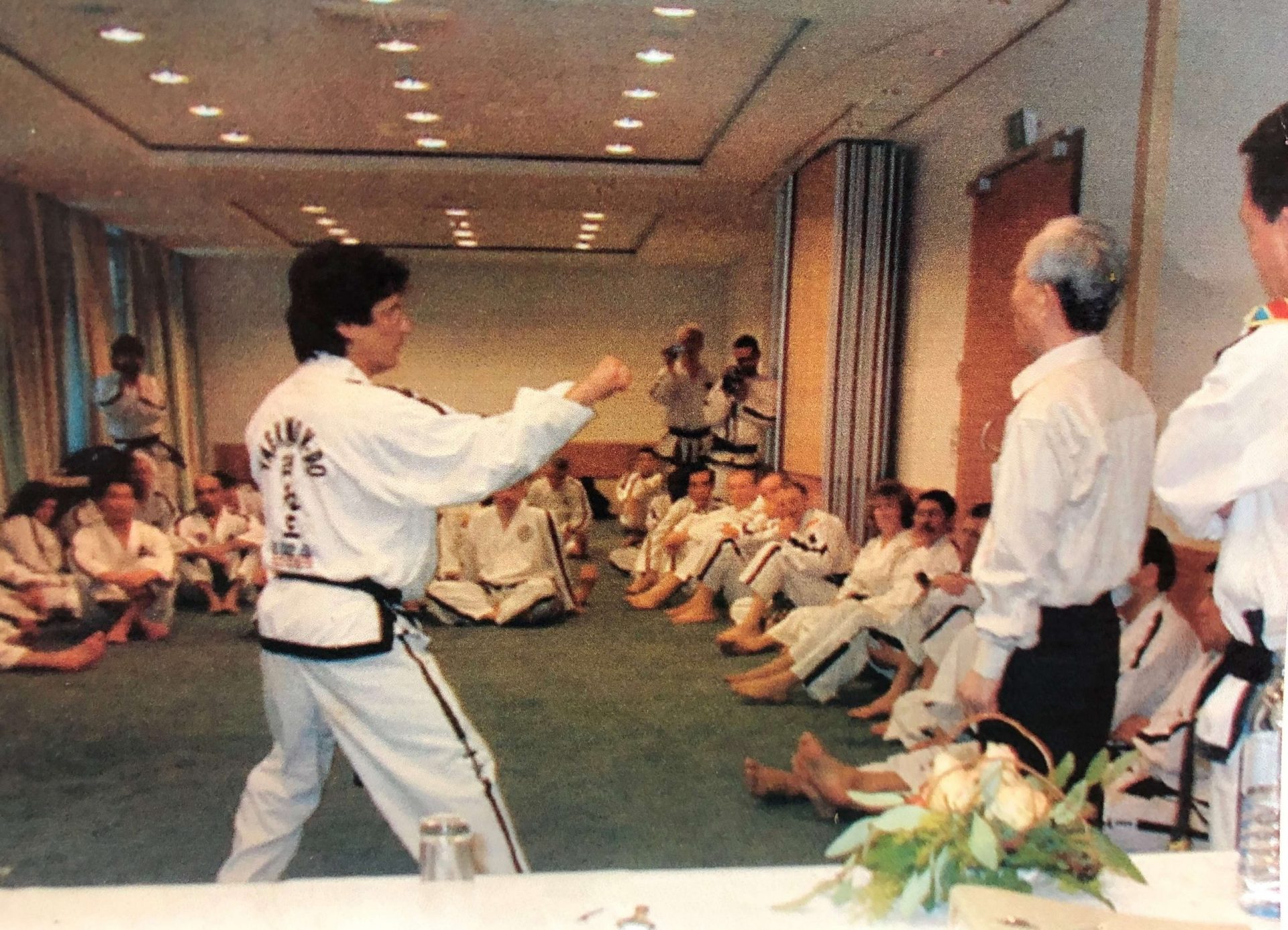 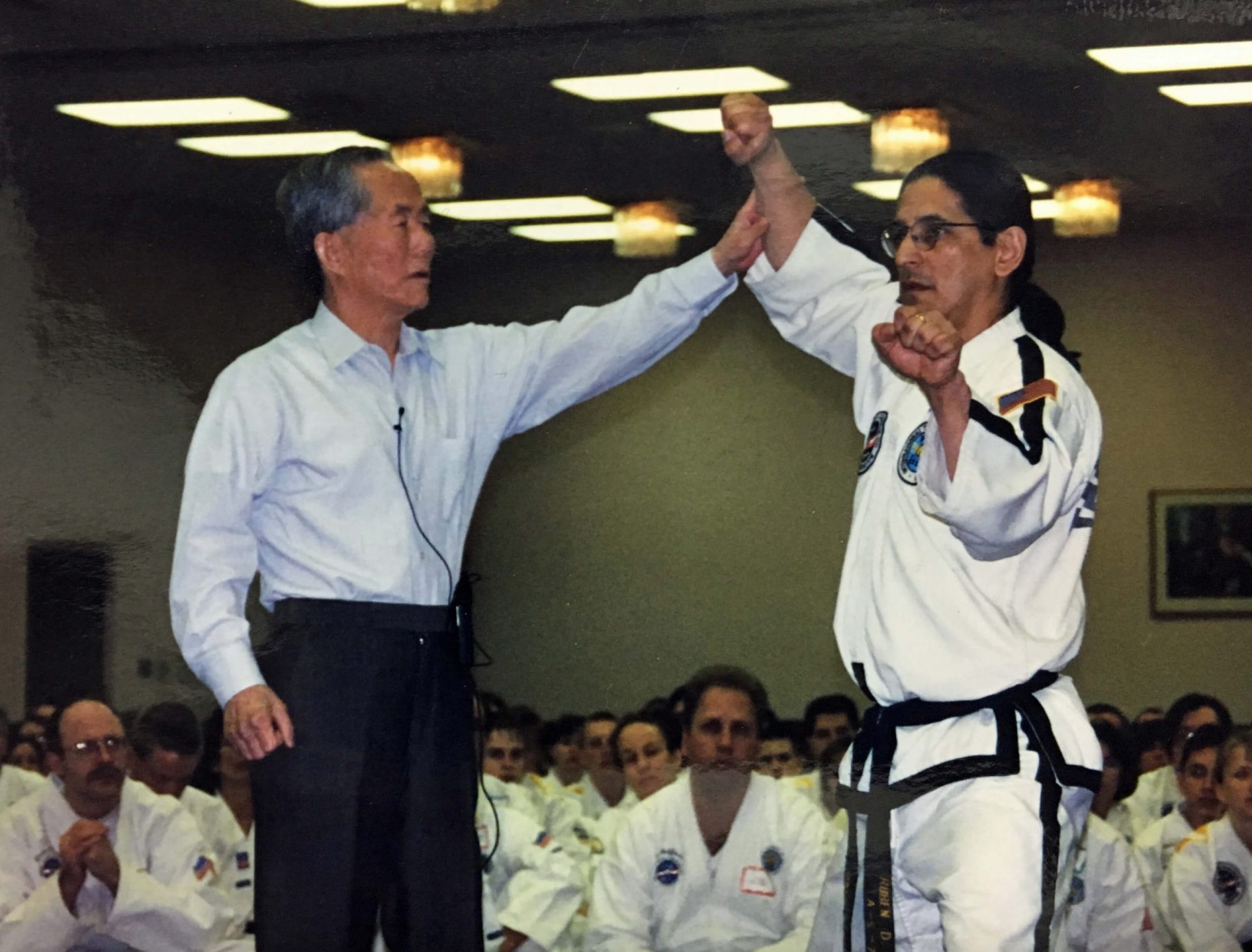