For 6 months now, the Corona Pandemic has caused all ITF live events to be postponed or even cancelled. This is very unfortunate and partly tragic, not only because a lot of work has been destroyed, but also because some of it has resulted in considerable financial losses.

Fortunately, today’s computer technology has made it possible to provide at least a partial service to our members. Zoom meetings or zoom seminars are part of this service.
A few weeks ago, the Chairman of the IT Committee (Master Harry Vones, 8th Dan / Germany) proposed to the ITF to offer an e -Tournament, having already gained experience with such a tournament himself.

For the ITF, the e – Tournament is a new challenge but at the same time an opportunity to fill the serious crisis of the Corona Pandemic with activities and to overcome.
After all important committees gave their opinion (the clear majority was in favour), the Board of Directors has also clearly decided to organize such a tournament.

Following an ITF call for applications, a total of seven countries have responded, expressing interest, four of which have withdrawn their applications and two others have not responded.

This means that ITF Deutschland will be the organizing country for the e-Tournament 2020.

On behalf of the Board of Directors, I would like to wish everyone involved a good and successful outcome. 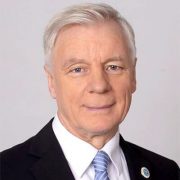 You will find the relevant information in the following announcement.

Appendix Categories for the Event