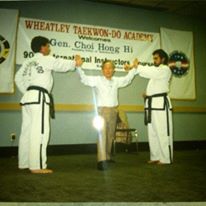 My Moments with Gen Choi by GM Thibado

June 1990 I was at Sereff World Camp. Gen Choi was teaching an IIC. Upon the advice of my instructor I volunteered to do a pattern every chance I got. Gen Choi ripped me apart. I was a 3rd Dan at the time and hoping to test for 4th Dan at the end of the week. I was losing all confidence with every correction. I was totally humiliated but kept volunteering. By the end of the week I was feeling like I had learned a lot but needed much practice. Testing day was a struggle finding the fortitude to just do my best, perform as well as I could, all that I had learned that week. It payed off, I was awarded high test score by the testing board! One day during that week I was assigned to escort Gen Choi from his quarters to the training hall and to meals. It was such a great honor and opportunity to have some personal time with him. At lunch that day, at a picnic table outside, we were having hot dogs. Someone took a picture of me and Gen Choi sitting there eating hot dogs. When I got back to Florida I was showing a few of my students all the pictures of training and testing, but the one picture that got the most attention is this picture of me and the Founder of Tae Kwon Do casually eating hot dogs.

A few years later in Malaysia at the World Championships, I had an opportunity to discuss calligraphy with Gen Choi. I practice a style of Old English calligraphy and I wanted to show it to Gen Choi. He smiled and laughed a bit. Then he took time to tell me Chinese calligraphy has meaning in the shapes of the characters. For instance, the symbol for water is 3 wavy lines, it looks like water and expresses the motion of water. The symbol for human or mankind looks like an upside down “y” this character displays one line leaning on another, the other line holding the other up. Gen Choi told me that from the time of being a small child learning to write, a student learns that to be Human means that sometimes you need to hold someone up and sometimes you need to be held. Calligraphy is more than beautiful writing, it has moral teaching combined. This is also inherent to the Pattern diagrams. Gen Choi told me to consider the pattern history and diagram meanings as you perform each pattern. Aspects of the Do are explicit in this practice.

When I was a teen I learned to play a Japanese board game called Go. In Korean it is called Baduk. It is a game of strategy and it was played in ancient times by generals and leaders to develop their strategic mind. Gen Choi was a very good Baduk player. When I found out he played, I was determined to ask him for a lesson. I was in Jamaica at an IIC, Choi Jung Hwa was there also. I told Choi Jung Hwa I was a Baduk player and asked if I could bring my game board and stones to their room. Gen Choi was quite amused and granted my request. I set up the board and we played a short game, he destroyed me in less that 15 moves. When we finished he told me to play his Son. Choi Jung Hwa and I played a quick game as Gen Choi gave us advice and direction. If you are a Go Player then you might understand the profundity of the opportunity to play a game with a true Korean General. Wow! Unbelievable!

One time I was traveling across the country on business. I was in the Chicago airport. I spotted Gen Choi about 50 feet ahead, coming toward me. He was traveling alone. When we approached each other, he waved and put out his hand to shake mine and said “Hello Pete how are you?” I was shocked and pleased that he recognized me and remembered my name. 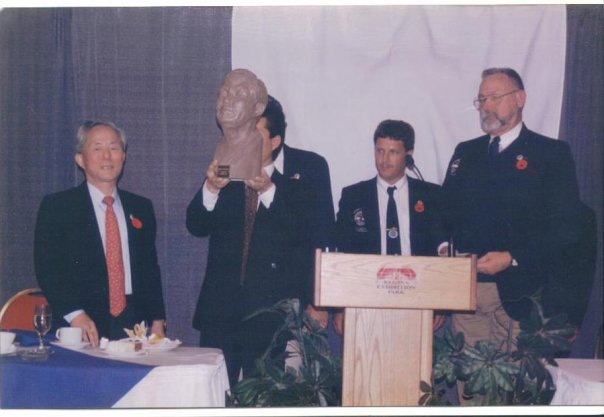 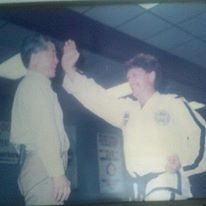